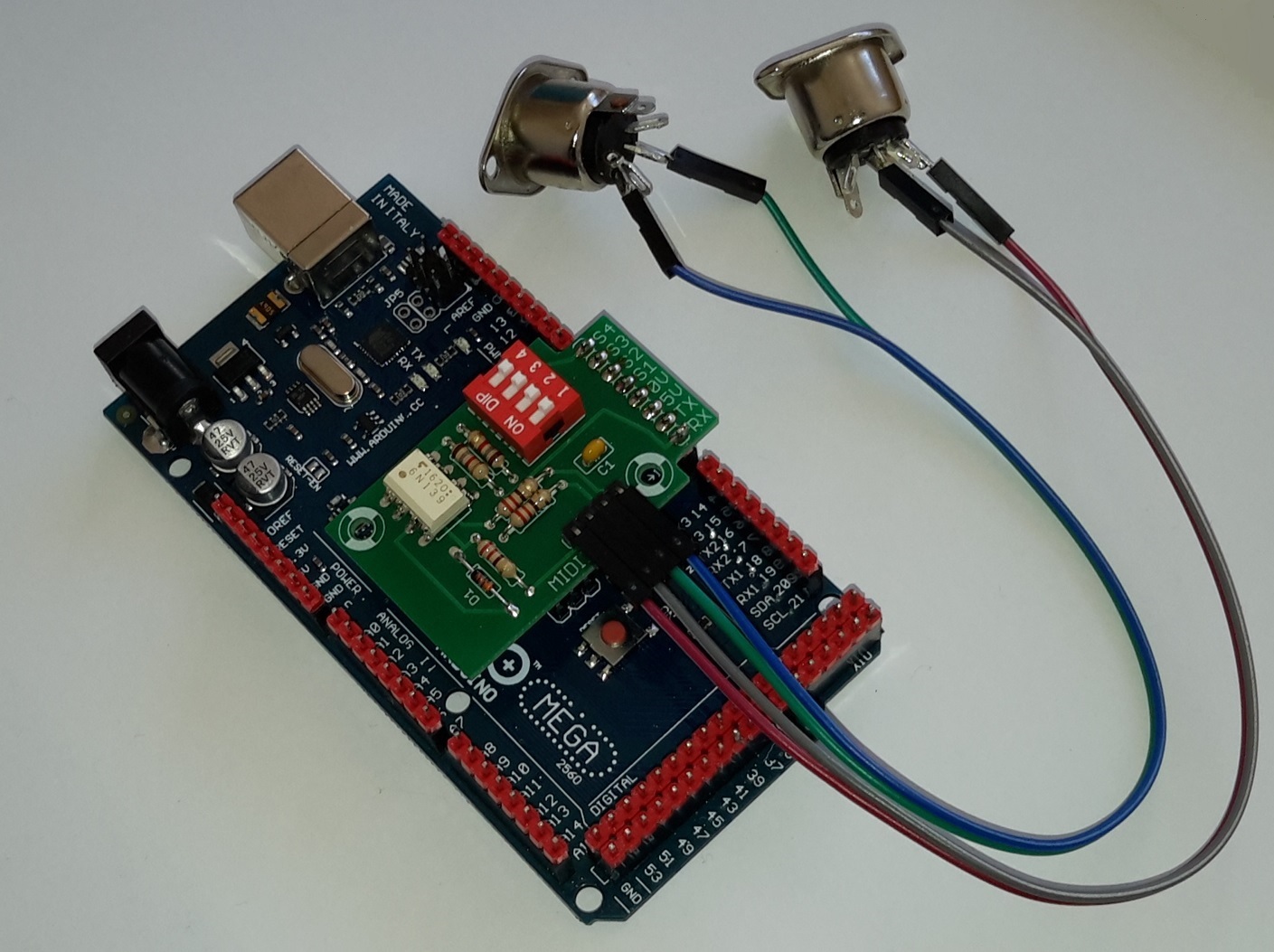 The unit responds to the default range of 62 MIDI notes from 36(C2) to 97(C#7). However any consecutive 62 note MIDI range can be pre-programmed into the unit on request. The 62 outputs, on the Arduino Mega, start at Digital Pin D8 and continue consecutively to pin D69. The outputs are normally at 0 Volt and when they are selected they switch to +5 Volts.

So 8 Pins (D0 to D7) are used when the MIDI IN/OUT board is plugged into the Arduino. All other pins are still accessible.

The outputs, on the Arduino Mega, start at Digital Pin D8 and continue consecutively to pin D69. (Note that Analog In Pins A0 to A15 are configured as digital outputs D54 to D69, respectively,

The MIDI IN and OUT connectors use 5-Pin 180 degree DIN sockets. Note that the MIDI IN/OUT wiring is polarised and the correct pins should be used.

You can get a maximum of 40 mA (milliamps) current from each output separately. But the maximum combined rating when several pins are active at the same time is 200 mA for all pins. However it is probably best not to run the outputs at their maximum rating. For example, if driving LEDS directly via a series resistor, then high effeciency LEDS should be used to reduce the current required.

The outputs are switched ON via MIDI 'Note-On' commands and OFF by MIDI 'Note-off' commands. These MIDI commands are all channel (1-16) dependent. The MIDI channel (1 to 16) is selected by the 4-way DIP switch, shown in Table 1. Also, the outputs will switch Off if  a correct MIDI Note On with a velocity of 00  is received. The unit also works in MIDI Running Status mode. 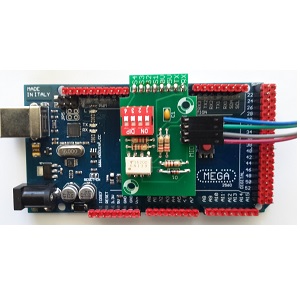